In Need of Heroines

Beyond Fashion: Incredible Women of Paris

This is the first of a series of articles focusing on incredible women of the world, from the perspective of an inquisitive designer, who is a little bit of a rebel herself.

"If you were born without wings, do nothing to prevent them from growing." -Coco Chanel

With Paris Fashion Week approaching in September, (and the Spring 2021 Collections grapple to survive at a time when women struggle to stay relevant in fashion during these unprecedented times), we look at Parisian heroines, from the past and the present, who had an impact on the world back then and still inspire us today. Most of these women survived wars and pandemics, showing us the way to become stronger, better, and liberated. We discover what defines French women beyond séduction and style.

We’ll uncover incredible women and their fashion through history and what the remarkable Parisienne can teach us now.

We begin with Jeanne-Antoinette Poisson (1721-1764), Madame de Pompadour, well known for being the beautiful and adored mistress of King Louis XV and less remembered for her contributions as a patron of the arts, and connoisseur of philosophy and science. She played a crucial role in the French Enlightenment and was responsible for interpreting and curating artistic and scientific innovation. She personally knew and patronized key Enlightenment figures like Voltaire. As Nancy Mitford writes for Encyclopedia Britannica, she was “a protector of most of the authors and the editor of the Encyclopédie.”

Madame de Pompadour wasn’t only a patron of the arts, but also the owner of a creative mind. She did etchings, cut gems, played music, staged court amusements and commissioned artists to produce works that were displayed in her private collection and at French Court.

She became a trendsetter in the fashion world with her very rococo, very detailed, and flouncy dresses, captured on canvas by several artists. She seemed to like pastel shades and bows very much, both very fashionable in this period. The pompadour hairstyle (from which her nickname derived) is hair swept upwards from the face, and worn high over the forehead. It was revived during the turn of the 20th century as part of the Gibson Girl look, and later in the 1950s with the rock and roll look adorned by Elvis Presley and others.

More than a century later, Camille Claudel (1864-1943) struggled to become an artist in her own right. Born in 1864, Claudel was not a typical woman for her era. Not only did she ambitiously carve and model her own highly original works of art, she also and perhaps more significantly, made those around her look at art differently. Her work, which was overshadowed by her relationship with Rodin, has now re-emerged and become rightfully recognized for its ingenuity in the portrayal of emotion and human nature. Misunderstood and suffering emotionally, Claudel became isolated and withdrawn. Her life as an unusual solitary character, and decision to live on the borders of society, raise questions surrounding the artistic temperament and what it in fact means to be an artist. Her struggles cannot be dissociated from her being a woman in a world where the eccentric and antisocial behavior of male artists had already been long tolerated.

“You find me at work; excuse the dust on my blouse. I sculpt my marble myself.” -Camille Claudel

The Musée Camille Claudel in Paris, inaugurated on March 27, 2017 (also The International Day for Women's Rights), has acknowledged her influence to rise beyond art history. She became a symbol for women's struggle to overcome the long-standing patriarchal system.

Maria Skłodowska Curie (1867-1934) was the first woman to be awarded a Nobel Prize, first in Physics, and a second in Chemistry. In fact, she was the first person to claim Nobel honors in two different disciplines. After discovering radioactivity (and in fact, coining the term), her efforts with her scientist husband Pierre led to the discovery of polonium and radium. She also championed the development of X-rays.

Skłodowska Curie became the director of the Red Cross Radiology Service and set up France's first military radiology center, fully operational by late 1914. Assisted at first by a military doctor and her 17-year-old daughter Irène, Curie directed the installation of 20 mobile radiology vehicles and another 200 radiology units at field hospitals in the first year of World War I.

Curie made many breakthroughs in her lifetime, and is remembered as a leading figure in science and a role model for women. Born in 1867 in partitioned Poland, she emigrated to Paris and through incredible hardships and difficulties became:

“A scientist in the laboratory is not a mere technician; he is also a child confronting natural phenomena that impress him as though they were fairy tales...” -Maria Skłodowska Curie

She was also a romantic genius who never stopped believing in love:

“Nothing in life is to be feared, it is only to be understood. Now is the time to understand more, so that we may fear less.” -Maria Skłodowska Curie

From a world renowned dancer, singer, and entertainer, to French resistance agent and civil rights activist, Josephine Baker’s (1906-1975) contributions are well acknowledged and admired. Born in 1906 in St. Louis, Baker became an icon and a symbol of the Jazz Age, as well as 1920s Paris. Her exotic performance and the success at the Folies Bergère coincided with the 1925 Exposition des Arts Décoratifs, which gave birth to the term "Art Deco", and also offered a renewal of interest in non-Western forms of art, including African art.

Back in the United States, Baker refused to perform for segregated audiences, which usually forced club owners to forego “normal” policies and integrate gatherings.

For her work in the Red Cross and French Résidence during World War II, Baker was awarded the Croix de Guerre by the French military, and was named a Chevalier of the Légion d'Honneur by General Charles de Gaulle. She was the first American woman in history to be buried in France with military honors.

Baker also supported the Civil Rights Movement during the 1950s and in 1963, spoke at the March on Washington event, by the side of Martin Luther King, Jr. She was the only official female speaker.

Celebrated by artists and intellectuals of the era she inspires contemporaries from Prada to Beyoncé. Vogue recounts how she "radically redefined notions of race and gender through style and performance in a way that continues to echo throughout fashion and music today.”

“The things we truly love stay with us always, locked in our hearts as long as life remains.” -Josephine Baker

Baker with her "Rainbow Tribe".

Her career illustrates the ways entertainers can use their platforms to change the world. She was a phenomenal mother in her later life as well. Baker adopted 12 children from different countries, ranging from Finland to Venezuela. She often referred to her family as "The Rainbow Tribe" - she wanted to prove that "children of different ethnicities and religions could be brothers and sisters."

So much has been said about Coco Chanel (1883-1971). Legendary and controversial, her spirit lives through her followers at the House of Chanel and her name is surrounded with a mist of reverence. Born in 1886 as Gabrielle Bonheur Chanel, she entered the 20th century with an ability to sense what was ”fake or bad”, and the desire to be different. She would pioneer in establishing herself as a fashion designer and introduced the idea “to be true to yourself”. Her designs were revolutionary, from liberating women from corsets, putting the black dress on the map with her 1926 Collection, adventuring in knits and jersey, to the conceptual innovation of custom jewelry.

The camellia that identifies the House of Chanel was inspired by Chanel’s fascination with Alexander Dumas’s classic La Dame aux Camélias (The Lady with the Camellias, commonly known in English as Camille). 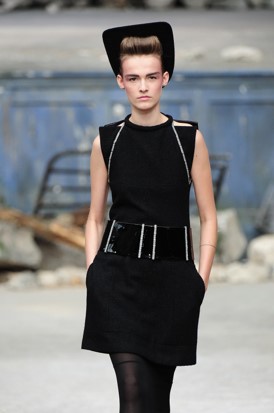 Other contemporary figures recognized the rarity and pioneering grace of Chanel. The words used by Serge Diaghilev, the founder of Ballets Russe, describe the philosophy behind Chanel’s designs impeccably: “Elegance consists in not astounding.”

In 1923, Vogue Magazine wrote, “She doesn’t concern herself with fashion but her fashion, she improvises dresses which...do not age.”

Chanel’s intuition and timing was always right and everyone followed. She once said, “Those on whom legends are built are their legends” and the tale carries on as she continues to amaze us.

Simone de Beauvoir in Paris in 1949

Published in 1948, Beauvoir’s book The Second Sex is a must read for everyone, not only women. In the chapter "Woman: Myth and Reality" she argues that men had made women the "Other" in society by application of a false aura of "mystery" around them.

This very stylish mother of Existentialism taught us about freedom, responsibility, and ambiguity. Of her view of human freedom, she said: "... we are absolutely free today if we choose to will our existence in its finiteness, a finiteness which is open on the infinite."

“I am too intelligent, too demanding, and too resourceful for anyone to be able to take charge of me entirely. No one knows me or loves me completely. I have only myself”. -Simone de Beauvoir 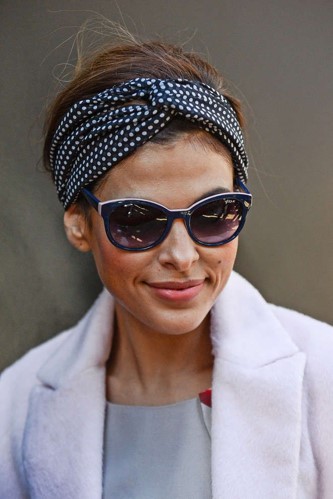 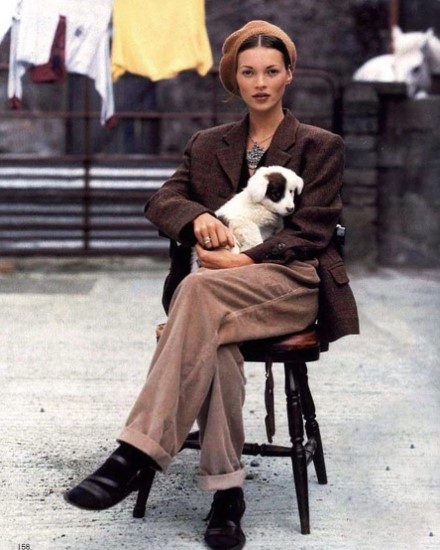 {"items":["40d8a9_f575b730999342858c906fc3d453171b~mv2.jpg","40d8a9_a8b1124de3164924a3384381bf7298fa~mv2.jpg"],"styles":{"galleryType":"Strips","groupSize":1,"showArrows":true,"cubeImages":true,"cubeType":"fit","cubeRatio":"16/9","isVertical":false,"gallerySize":300,"collageDensity":0.8,"groupTypes":"1","oneRow":true,"imageMargin":10,"galleryMargin":0,"floatingImages":0,"chooseBestGroup":true,"smartCrop":false,"hasThumbnails":false,"enableScroll":true,"isGrid":false,"isSlider":true,"isColumns":false,"isSlideshow":false,"cropOnlyFill":true,"fixedColumns":0,"enableInfiniteScroll":true,"isRTL":false,"minItemSize":120,"rotatingGroupTypes":"","rotatingCubeRatio":"","gallerySliderImageRatio":1.7777777777777777,"numberOfImagesPerRow":3,"numberOfImagesPerCol":1,"groupsPerStrip":0,"borderRadius":0,"boxShadow":0,"gridStyle":1,"mobilePanorama":false,"placeGroupsLtr":false,"viewMode":"preview","thumbnailSpacings":0,"galleryThumbnailsAlignment":"none","isMasonry":false,"isAutoSlideshow":false,"slideshowLoop":false,"autoSlideshowInterval":4,"useCustomButton":false,"bottomInfoHeight":0,"titlePlacement":"SHOW_ON_HOVER","galleryHorizontalAlign":"center","galleryTextAlign":"center","galleryVerticalAlign":"center","scrollSnap":true,"itemClick":"link","fullscreen":false,"allowSocial":false,"allowDownload":false,"allowTitle":true,"allowDescription":false,"loveButton":false,"loveCounter":false,"videoPlay":"onClick","scrollAnimation":"NO_EFFECT","scrollDirection":1,"overlayAnimation":"NO_EFFECT","arrowsPosition":0,"arrowsSize":23,"watermarkOpacity":40,"watermarkSize":40,"useWatermark":true,"watermarkDock":{"top":"auto","left":"auto","right":0,"bottom":0,"transform":"translate3d(0,0,0)"},"loadMoreAmount":"all","defaultShowInfoExpand":1,"allowTitleExpand":true,"allowDescriptionExpand":true,"allowLinkExpand":true,"expandInfoPosition":0,"allowFullscreenExpand":true,"fullscreenLoop":false,"galleryAlignExpand":"left","addToCartBorderWidth":1,"addToCartButtonText":"","slideshowInfoSize":200,"playButtonForAutoSlideShow":false,"allowSlideshowCounter":false,"hoveringBehaviour":"APPEARS","thumbnailSize":120,"magicLayoutSeed":1,"imageHoverAnimation":"NO_EFFECT","calculateTextBoxHeightMode":"AUTOMATIC","calculateTextBoxWidthMode":"PERCENT","textBoxHeight":0,"textBoxWidth":200,"textBoxWidthPercent":50,"textImageSpace":10,"textBoxBorderRadius":0,"textBoxBorderWidth":0,"textsVerticalPadding":0,"textsHorizontalPadding":0,"titleDescriptionSpace":6,"customButtonText":"","customButtonBorderWidth":1,"customButtonBorderRadius":0,"loadMoreButtonText":"","loadMoreButtonBorderWidth":1,"loadMoreButtonBorderRadius":0,"imageInfoType":"NO_BACKGROUND","itemBorderWidth":0,"itemBorderRadius":0,"itemEnableShadow":false,"itemShadowBlur":20,"itemShadowDirection":135,"itemShadowSize":10,"imageLoadingMode":"BLUR","expandAnimation":"NO_EFFECT","imageQuality":90,"usmToggle":false,"usm_a":0,"usm_r":0,"usm_t":0,"videoSound":false,"videoSpeed":"1","videoLoop":true,"galleryLayout":4,"gallerySizeType":"px","gallerySizePx":300,"allowHover":true,"mobileSwipeAnimation":"NO_EFFECT","gotStyleParams":true,"showVideoPlayButton":true,"selectedLayout":"4|none|1|fit|false|1|true","layoutsVersion":2,"selectedLayoutV2":4,"isSlideshowFont":false,"externalInfoHeight":0,"externalInfoWidth":0},"container":{"galleryWidth":2580,"galleryHeight":1450,"scrollBase":0,"height":null,"width":null}}
"Singing is a way of escaping. It’s another world. I’m no longer on earth." -Edith Piaf

Édith Piaf’s (1915-1963) tragic and beautiful life was immortalized in the movie “La Vie en Rose”, titled after one of her iconic songs. She took me under her spell in my teens and her magic power still makes me tremble.

No, I regret nothing

Not the good things that have

Nor the bad, it's all the same to me

It's paid, swept away, forgotten

I don't care about the past!

I set fire to my memories

My troubles, my pleasures

I don't need them anymore

I've swept away past loves

There are many women in Paris today to be admired, as well. We adore them for their beauty, their wit, their style. We envy them for their charm, their glamour, and for being so...French. The last 50 years introduced us to Brigitte Bardot, Catherine Deneuve, Française Hardy, Jane Birkin (very Parisienne), Carla Bruni, Caroline de Maigret, and Jeanne Damas, to name a few. They established themselves in film, music, and fashion. Very stylish and talented, they sway through Saint-Germain-des-Près, drink coffee at the Cafe de Flore, humming to Little French Song, reminding us of the great ones from the past.

The last five months have challenged life as we know it, and forcefully placed fashion and style into a different perspective. The masks and pajamas have become a fashion statement on their own, and dining out has been replaced by bread-making and picnics in the garden or on the balcony. The heroes we look up to are doctors, nurses, grocery store workers and food delivery employees. The world we live in is bizarre, surreal, unpredictable and scary. The environmental problems and shifting climate, social injustice and discrimination, followed by demonstrations and unrest, have put emphasis onto a different sphere. As America’s leadership in the world as a democracy to look up to is fading away, with Europe (and Paris) carefully coming out from the lockdown and slowly opening to the new normal, we might need some new Heroines to get us through these times and to show us the way to be better, stronger, together...

Coming next: “Amazons of New York”.